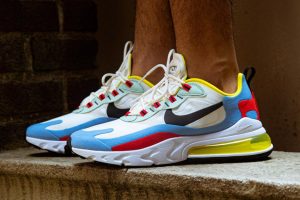 Check out Nike’s next great sneaker news that will be released later in the summer.

Having been seen on the feet of the American women’s national football team back in late May, Nike has now officially unveiled their new Nike Air Max 270 React model.

As the name suggests, the brand new lifestyle sneaker combines two of last year’s most popular news from Nike – Air Max 270 and React Element 87. The model is equipped with the record high Air unit at the heel of the Air Max 720 while the rest of the sole is made up of the innovative React material.

The upper part is also inspired by React Element 87, which is reflected in the “eye stay” panels of the laces. 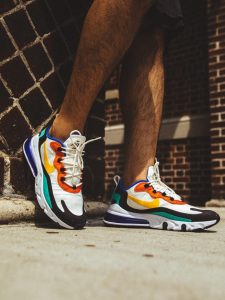 Several editions on the way

Air Max 270 React has only just been published, but already there are pictures of a number of different colorways. Among other things, the shoe is on its way in a Bauhaus-inspired version, a pastel edition, a blue-toned version and a simple black-and-white version. Check out the pictures above and look forward to the first landing in early July. 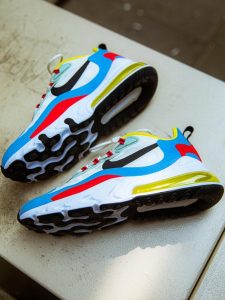