A faithful nod to the original Jordan 7 Hare from 1992, leather overlays across this German-sportscar-inspired silhouette are clad in “White.” The color scheme was first linked to the Air Jordan 7 back in ’92 with Bugs Bunny and other Looney Tunes characters were brought in for the model’s original ad campaign that would eventually lead to the creation of the film Space Jam. Not to be mistaken from 2017’s “Alternate ’91” Air Jordan 6 release, this Air Jordan 6 is expected to be modeled after the original “Hare” colorway of the Air Jordan 7. It features White leather overlays, Grey underlays, a translucent tongue with the iconic “Hare” print, a carrot-themed lace lock completed with printed inner lining and insoles. 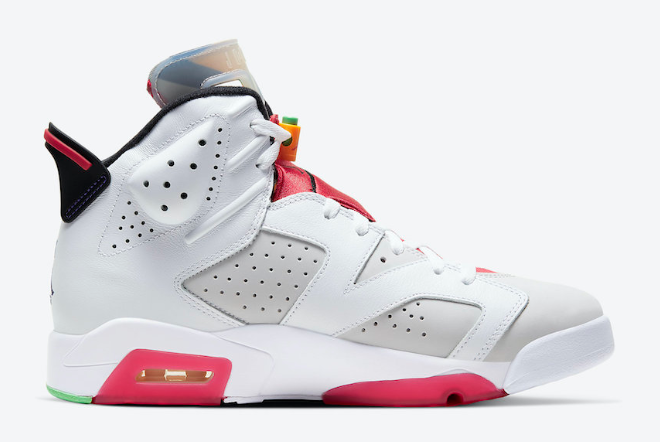 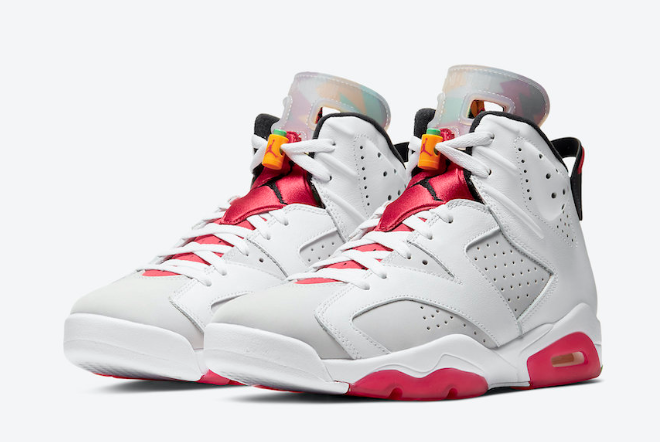 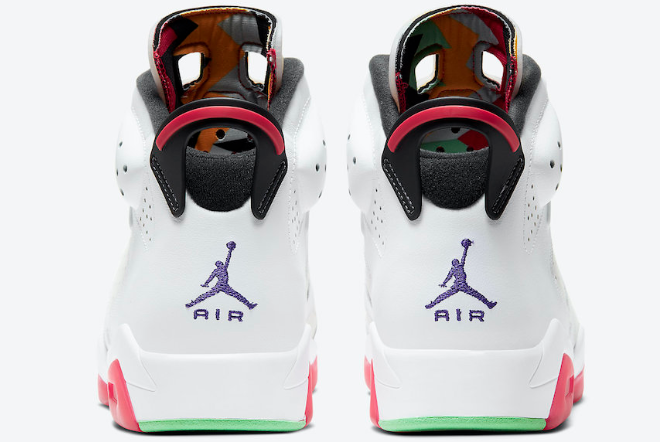